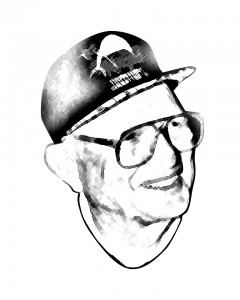 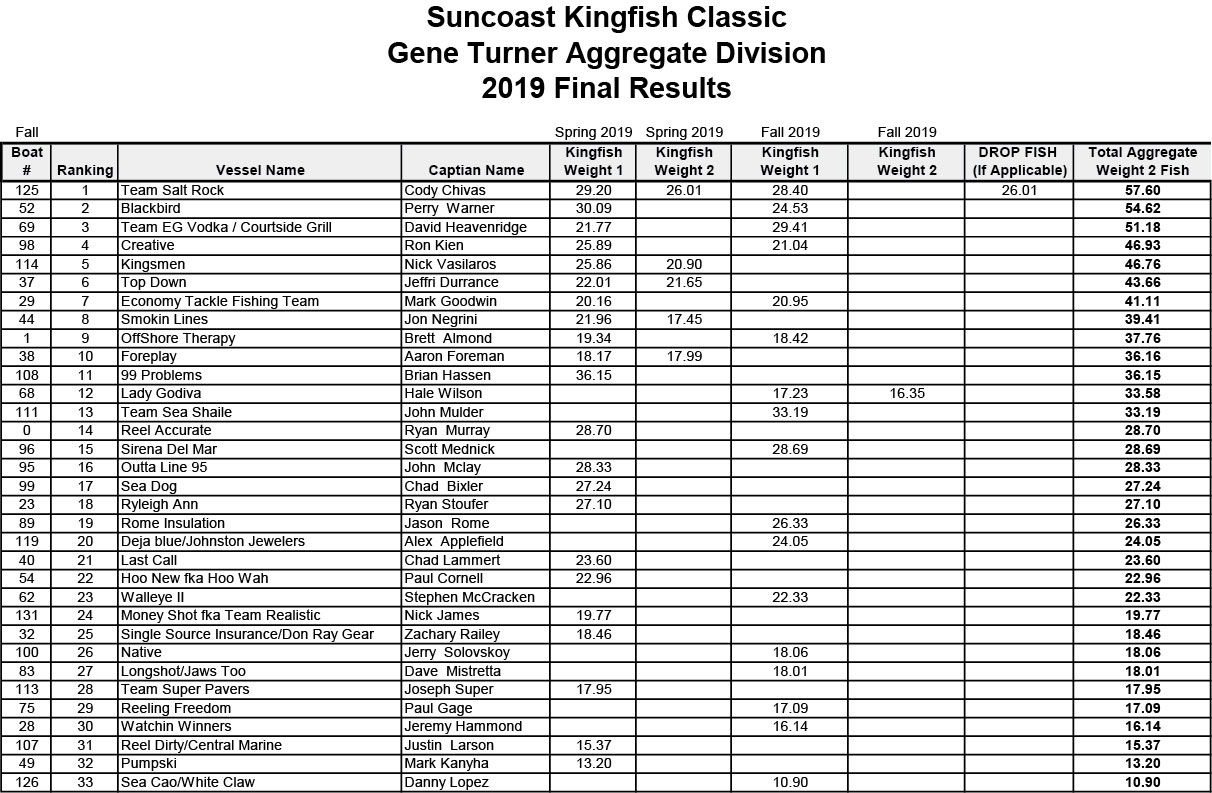 In 1991 Gene Turner and a few friends were talking about the return of the kingfish. That brief conversation turned into to the 1st Suncoast Kingfish Classic which was a 7-Day kingfish tournament in the fall of 1991. This event was so successful that we formed a charity called Treasure Island Charities.

We also created Division Six in the Southern Kingfish Association. Back in those days, there were five tournaments a year, from Boca Grande in the south up to Tarpon Springs in the north. We gave a boat motor and trailer away at each one of those events. For 4 years our division was referred to as “Super Division Six”. The charity dissolved in 2006 but the SKC has continued.

For those of who were fortunate enough to know Gene, we knew his style was to fish in his 21′ handmade boat he built until he moved up to his 25′ model. He caught all bait by cast net and fished on the beach, Egmont Channel, SW Pass or inside Egmont 90% of the time. When he diverted from that it was only 20-25 miles offshore at the most.

We are putting the “Suncoast Kingfish Classic” back in the tournament fishermen’s spotlight with this new way to win money and provide a more balanced and competitive field that incorporates closer boundaries for this type of angler.

This Spring tournament is the introduction of a new SKC Division dedicated to a great person who influenced so many of us on the West Coast in fighting for our rights and his art of King Mackerel fishing. It is still supported by many of the original cast of characters who built the original Kingfish Tournaments on our West Coast of FL.

We listened to the fishermen and the addition of this Division will provide a way to meet those request. We encourage everyone to get out the word with your fellow anglers and help make this as successful as our Flagship Tournament, the “Suncoast Kingfish Classic”. The more boats that enter, the more money it pays.